Have you ever hung around, waiting for inspiration to strike? Maybe you had work to complete that needed a little more creative thinking, but you weren’t feeling it. You might have even tried various things at the time to find motivation – maybe in scanning Pinterest for ideas. Or perhaps you looked for inspiration in nature, by taking a walk.

Did it work? Chances are, you might have found a dab of motivation wrapped up in inspiration and it might have launched you – for about ten minutes. And then you were back to feeling unmotivated, but now that feeling was coupled with the idea that maybe you just weren’t capable of creativity or being lazy.

The problem is, by seeking out motivation first, you’re putting the cart before the horse.

Motivation works best when it comes after the action has already started. If that’s the case, then what can you do to get motivated?

1. Start by doing something. Anything. Any action itself inspires motion. How do you do that? By using the momentum of a project that you’re already engaged in, you’re able to use your current forward motion to encourage you to keep going. It’s the difference between the ‘carrot’ and the ‘stick.’

In the old classic analogy, to move a donkey forward (donkeys being stubborn creatures) you have two choices. One is to use a stick. In this case, the ‘stick’ is the old way of motivating ourselves, where we try to force ourselves into action by throwing a lot of “You must do this now” statements at ourselves.

But in starting action first, we now switch over to the ‘carrot’ or the reward. This method of motivation is much more positive because you’re looking at the fact that you’re already doing something and asking yourself to keep going. Think, “Hooray for you, look at how much you’ve gotten done today, let’s see how much more you can do!”

The problem is, sometimes action alone isn’t doing it, and we’re still forcing ourselves along. That’s where the second method comes into play.

2. Act ‘As-if” The idea behind this method is simple – you act like you’re already motivated, and amazingly, you’ll feel motivated. It’s kind of like making yourself smile when you’re not happy, only to find out once you’re smiling that you’re feeling happier.

Together these two tools will motivate you even when you’re not feeling inspired initially. Remember that action is the key. So act first – the motivation will follow. You’ll be amazed at the difference.

Which of these ways if either, or both may help you to get motivated?

If these do not resonate, what else can you do? Take a moment to Google Ways to Get Motivated and make a list so you can use them when you are in need! You never know what is going to work until you try.

This article is a part of a month-long journey called “Reflecting, Focusing and Improving You and Your Business!” brought to you by Sherry Simoes and Janet Benedict, two coaches who have been mentoring entrepreneurs for over 50 years combined and run an online coaching business called Rockin’ Your Business. Join the journey by requesting access to our Private Facebook Group. 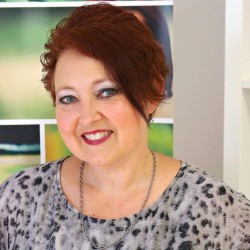 9 thoughts on “How Action Inspires Motivation”

Listen to Our Radio Channel

Listen to Our Podcast